Our last co-working space that we tried out was The Loft, which had set the bar a little high since I was genuinely impressed with it.

Although I was quite happy with it, the parking around The Loft was quite pricy for a 8 hour stay. I could easily be paying around 200 to 300 pesos a day just for the parking.

So, while looking for a new place to eat, we stumbled across WeRemote which is located at Metrowalk, a sort-of establishment/center that had a huge free parking lot as long as you were a customer of Metrowalk’s tenants.

The pricing was quite attractive, albeit was VAT exclusive. A 24 hour pass would cost you 550 pesos + 12% VAT. That’s almost 50 pesos pricier than The Loft… But if you consider the parking fee, that’s 100 pesos ~ 200 pesos cheaper :D

Now, let’s break down our review from the Good to what’s iffy.

Free Parking. As I’ve already mentioned earlier, establishments located in Metrowalk enjoy the center’s free parking for their clients… and Metrowalk’s parking is HUGE. Most of Metrowalk’s clients are restaurants and bars, which means that the parkings only get crammed during the night after work. So, if you’re working schedule is early to mid shift, you’ll be in luck since you have the whole parking lot for you to pick.

Location. Being at Metrowalk, you would also have access to the restaurants in the center. A couple of minutes walk could also take you to the nearby malls, like the Podium, Robinsons Galleria, and Ayala 30th.

What this means is that you won’t get hungry as long as you have the money to spend :D

The Chairs. Finally, a co-working space that got this right. The previous 2 co-working space had hard seats, which wasn’t comfortable to sit on if you plan on working for more than 4 hours straight. In WeRemote, they provide computer/office chairs, specifically designed to be sat on for long hours. This is a big deal as you would most likely concentrate on your hustle rather than your butt.

The Vibe. As with The Loft, the Vibe inside WeRemote is great. It’s creative, sufficiently lit, and comfortable. They have multiple areas to work, if in case the computer chairs isn’t your thing, and you prefer a coffee-shop-esque feel. 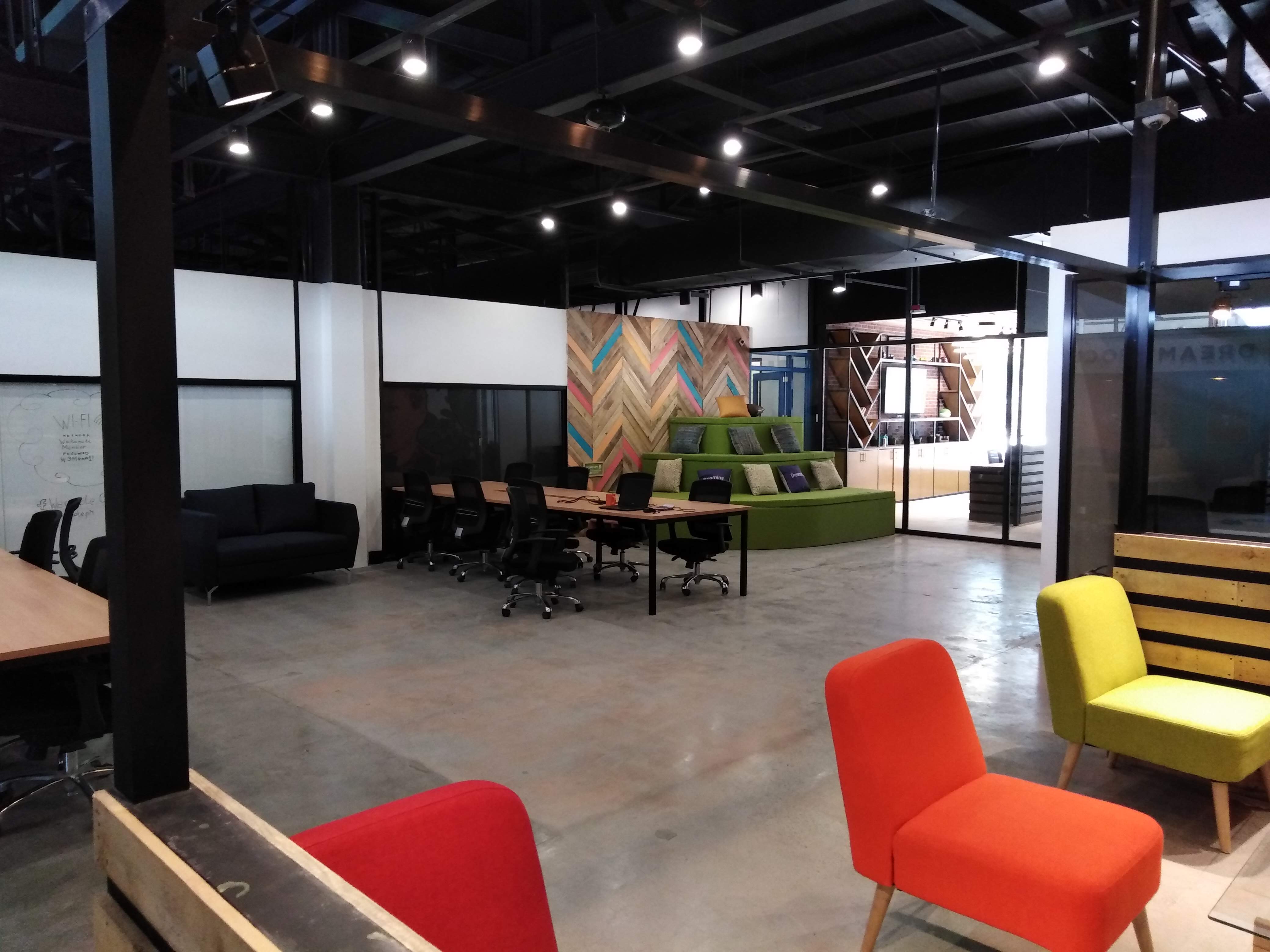 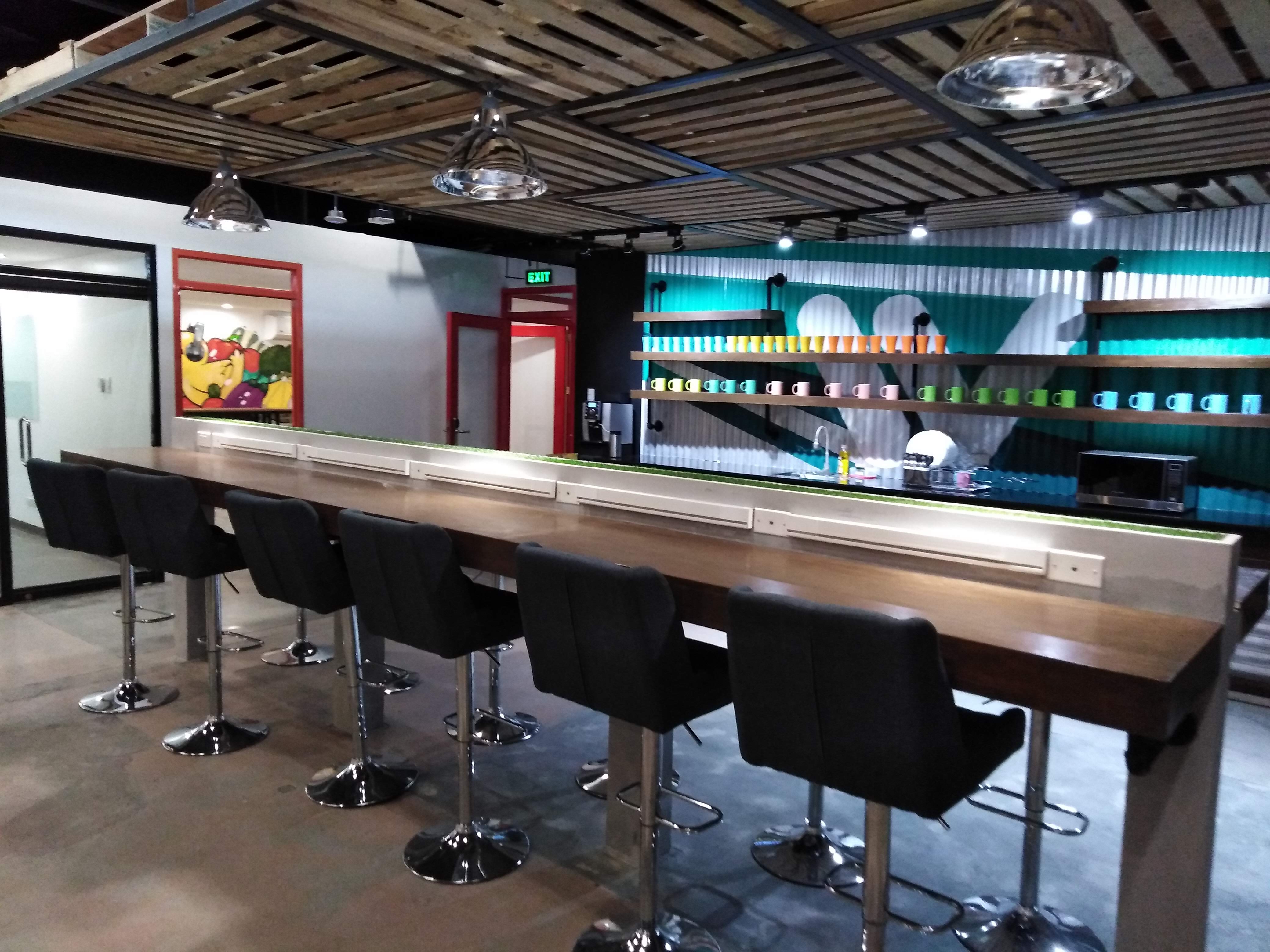 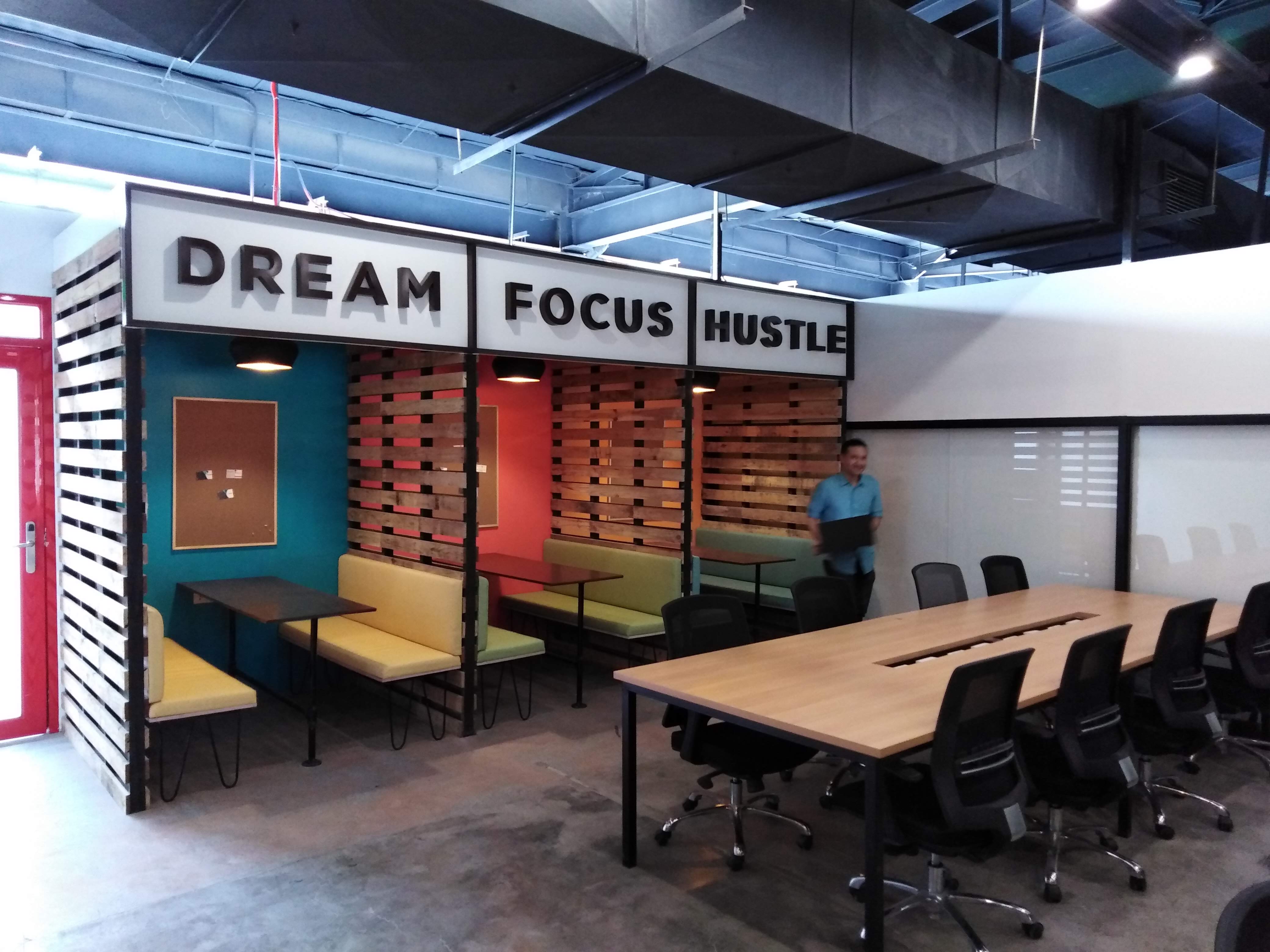 They even have rooms for trainings! 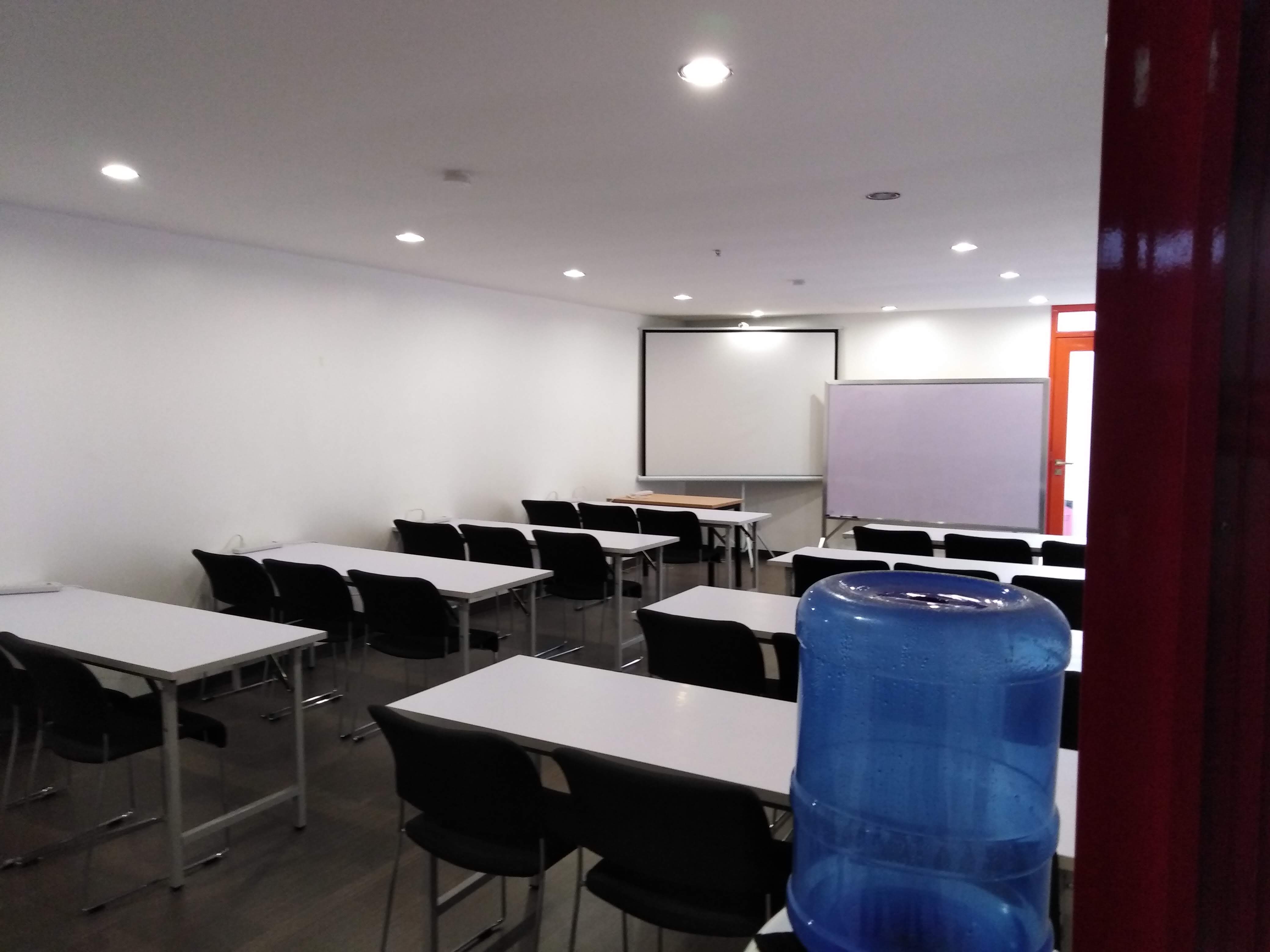 They have meeting rooms, but I wasn’t able to take pictures of them. You could check some photos on their website though.

Utilities. Comfort rooms are as clean as in The Loft, and they even have shower rooms.

And as the usual, they have free coffee and water. An extra though is that they have a paid food corner at the front desk, if ever you need a bag of chips, coke, or energy drinks. I usually take a red bull a day after lunch when sleepiness kicks in :D

The Staff. The staff and guards were friendly and generally helpful. I’d give them 5 out of 5 stars if I had to rate them.

The coffee machine’s acting up? They’ll immediately try to fix it.

The room is a little hot? They’ll assist you, and if it isn’t technically possible to fix right away, they’ll suggest you to move to a colder room.

Internet. When I first tried it out, I was greatly impressed, seeing speeds up to 60Mbps! I was so impressed that I even shelled out my own money to work there an extra day a week.

However, as time went by, I encountered several instances that their internet connection would go down. I wouldn’t mind had it went down like only once in 3 months of my stay there, considering that we only go to the co-working space once a week.

The internet connection became better for the last few meetings we had in WeRemote, but the previous experiences did make a mark which is why I’m putting this in the meh category.

Booking System. Unlike in The Loft, where you can book a co-working pass through their website, WeRemote, as of now, does not have such a system. Previously, when they did not have a 24-hour staff at the front desk, it was very troublesome if you went in early and wanted to avail a 24 hour pass. You had to book your 24-hour pass at least a day before to avoid any hassle just in case you came in earlier than the front desk staff.

This has been sort of resolved right now as they now have staff at the front desk at any time of the day, but I’d still prefer booking a pass online, and paying through my credit card or PayPal. As I usually transact using my card nowadays, I generally do not bring a lot of cash with me.

Air-condition. Just like the internet connection, there were multiple times that it was just too hot in the main co-working space. I don’t think this has been solved yet, although it’s the rainy season right now, so you wouldn’t notice the heat as much as a few months back during summer.

To be fair, the staff did suggest to us to move to the smaller room, where they had dedicated air-conditioning. It was pretty cold there, so that was a good thing :) But still, if I am to rate this space objectively, the air-conditioning facility isn’t stable enough to serve many co-working clients at the same time.

Now, there’s a possibility that this has been fixed by the time you’re reading this. But as of our last stay at WeRemote last week, it wasn’t satisfactory.

I would definitely recommend WeRemote. I recommended this to a friend who is working on a startup, as the area is really good and if he did get a private office space at WeRemote, he would generally not experience the air-condition issue. Hopefully, the internet connection stays stable as how it was on our previous 6 weeks, and this would definitely be a great space to work on.

So, considering that I also recommended The Loft, which is just a few blocks away, you might be wondering which to pick. If I was to pick, I’d still choose WeRemote, as the 200 pesos - 300 pesos for a 8 hour parking is too steep for me (what if you wanted to stay more than 8 hours? The paid parking price would grow by the hour). The chairs are also generally better in WeRemote, which you would definitely appreciate if you’re going to be working for long hours there.

The facilities are comparable, along with their internet speeds, which is the primary aspect to consider when choosing a space, thus the deciding factor would be the price… and if chairs are important to you, or the air-conditioning :D