JavaScript for Desktop - Talk in FEU

Yesterday, I had the priviledge to give a talk at FEU Institute of Technology about using web technologies to create desktop applications. For the past few years, I’ve been working on a desktop application wherein the UI component is basically a browser. The experiences I accumulated with this project made me want to share my rants and lessons learned while leading the project, which I then turned into a talk.

Key takeaways from the talk are: 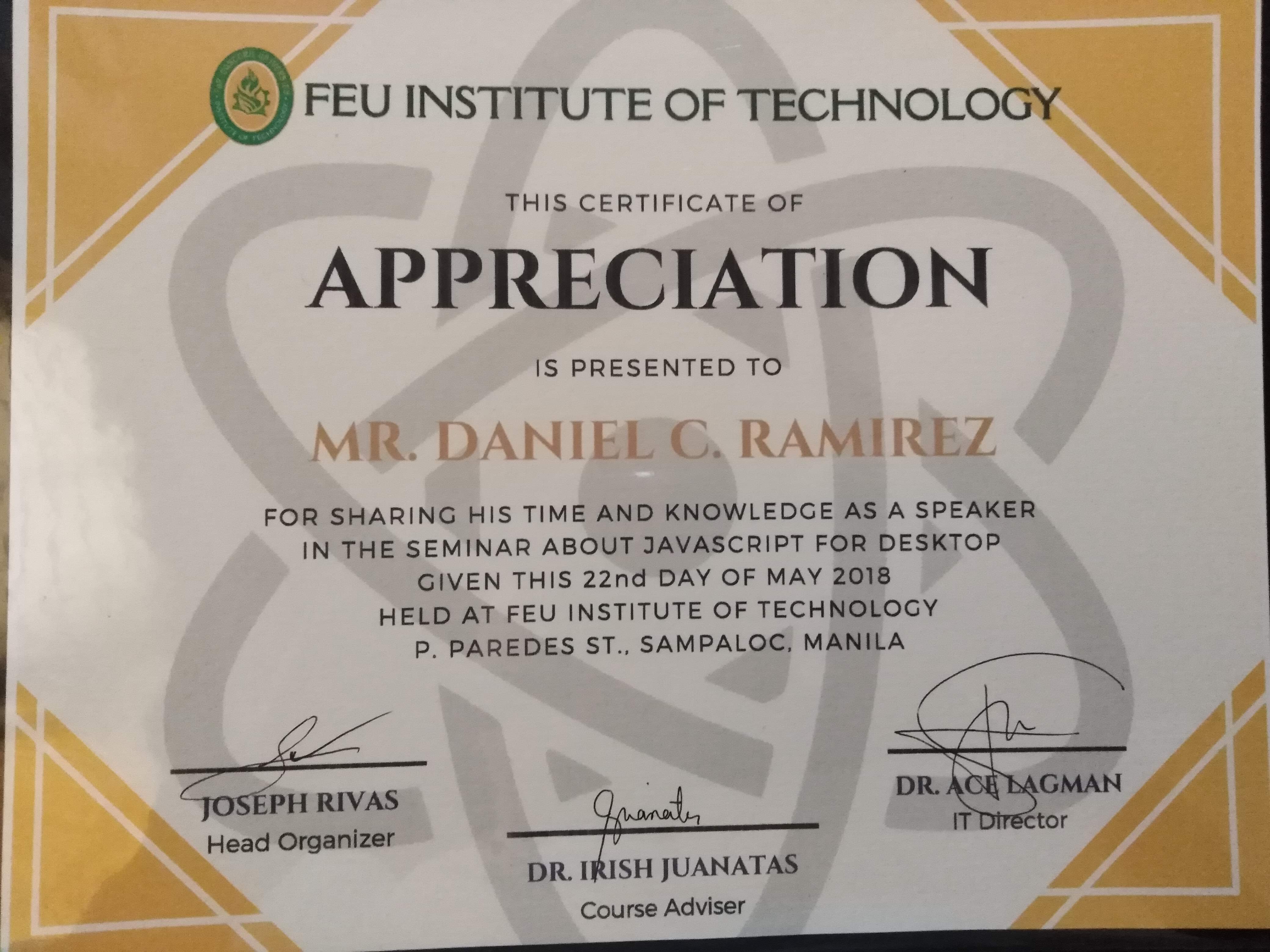 They got my middle initial wrong though, but at least I got a remembrance that I did a thing :D

The experience was nerve wracking and exciting at the same time. I’m game to do more talks in the future