A Day at Launchpad

After moving on from WeRemote, we decided to try out a space near one of our Colleague who is somewhere at the south. We tried out Launchpad at Alabang.

The price was way cheaper compared to all of the other spaces that we tried out, but with that came a lot of drawbacks. Let me break it down.

Environment. Alabang area is quite a nice place to work at. It’s not crowded, the place is clean, and there are plenty of establishments to go about. Not to mention that Launchpad is inside a “psuedo” mall called Commercenter.

Price. A whole day pass is 500 pesos! Albeit with a catch: Launchpad is only open during mall hours, which is 8am to 7pm. But even with that catch, a 500 pesos stay for 11 hours is a steal!

Chairs. Due to their use of office chairs, I felt comfortable sitting down for more than 4 hours straight. No fancy designer chair, just the plain old office chair that is height adjustable :D

Internet. The internet connection was quite stable, just that the speed isn’t really great: 10Mbps. If we tried this space out after ASpace, I would’ve kept this on to the “The Good” category… But alas, 10Mbps is way slower compared to the internet speeds that The Loft and WeRemote offered (40Mbps+)

Space. Launchpad isn’t spacious. I felt that this was the most cramped co-working space we’ve tried. Look at the main co-working area: 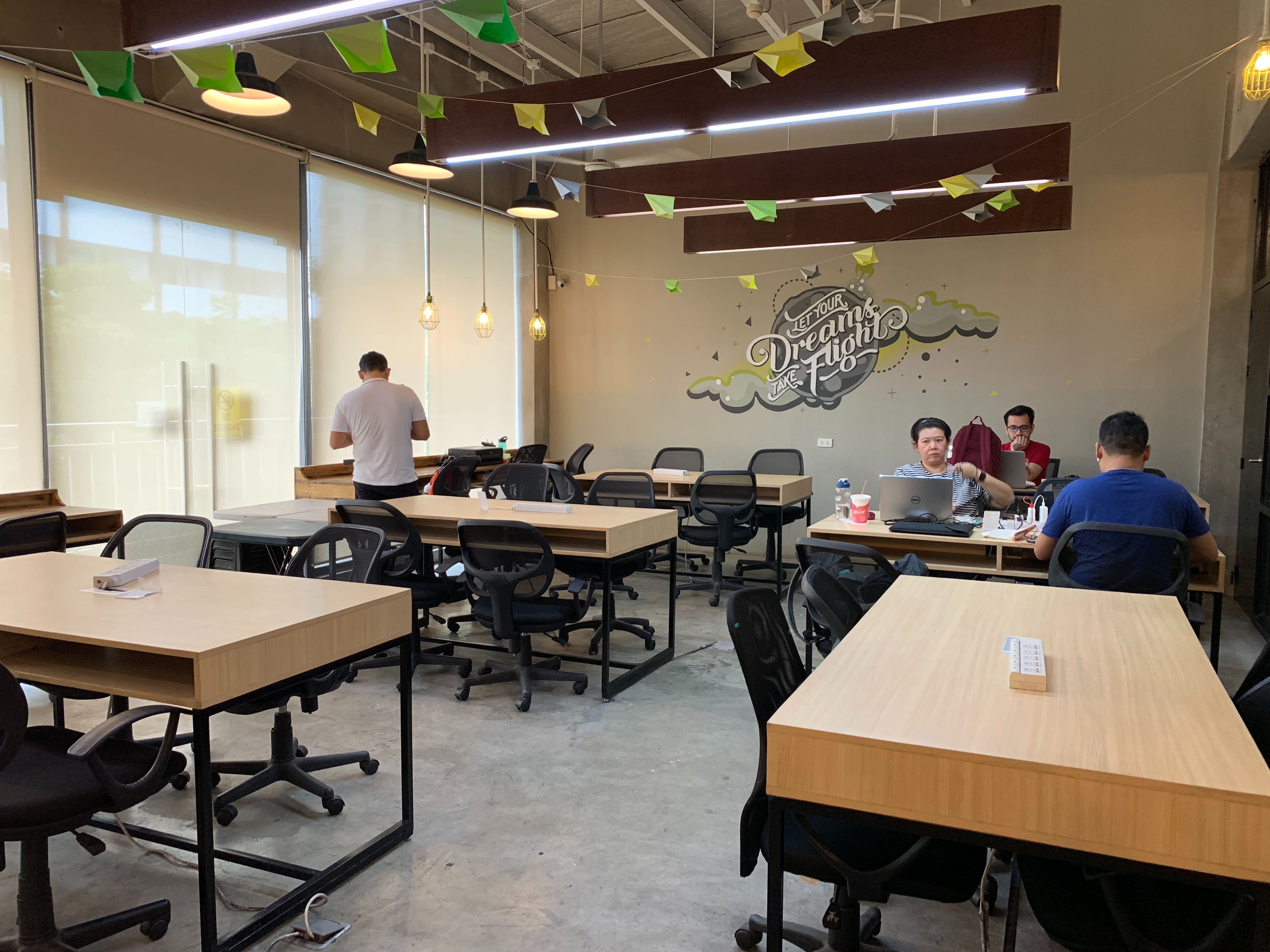 No Coffee. We couldn’t find where the coffee machine was, and there were no mugs at the pantry either. This wouldn’t be an issue if they did not advertise that perk in their website.

Public Restrooms. You’ll need to go out of Launchpad and use one of the many public restrooms at the mall. Not much of a big deal, but when comparing this with the other co-working spaces that we’ve been to, Launchpad is the only one without their own restrooms.

Location. This issue is specifically for me. I live at Quezon City, which is considered “The North” of Metro Manila, and Alabang is way south, that you have to pass through South Luzon Expressway to get there… Which has toll booths, 118 pesos for each pass. I also had to park on a paid parking, which cost an extra 100 pesos.

If you leave around Alabang, Launchpad isn’t bad. In fact, it’s wiser to go to Launchpad rather than traveling over to BGC/Makati where most of the co-working spaces are located at. The internet speed isn’t as bad as ASpace (5Mbps), and is pretty stable… They also advertise free parking for up to 3 hours, albeit, I wasn’t able to verify if this advertisement is “real” since Waze pointed me to a public paid parking, a block away from Launchpad.

Will I be going back here? Nah, it’s simply too far away from me, and honestly, I’d rather choose either WeRemote or The Loft over this just simply because of their internet speed.